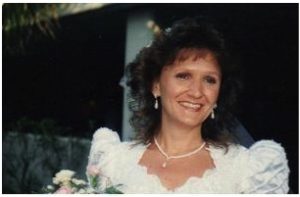 Our beautiful Tina was a mother, wife, daughter, sister, aunt and friend who touch so many lives. Tina was diagnosed with Triple Negative Metastatic Breast Cancer in May 2008 at the age of 46, she lost her battle on March 8, 2010 at age 48. Her journey began when she found a lump in her left breast. Unfortunately, the breast surgeon felt it was just a cyst and had her watch it for 3 months. In that time another lump had developed and again, the breast surgeon thought they should just watch it. In June 2008 Tina underwent a double mastectomy followed by numerous rounds of chemo and radiation. Unfortunately, her cancer did not respond to any of the treatments. She fought her battle with tremendous courage, strength and dignity. She is missed everyday by her family and friends. 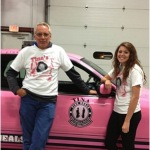 The Joliet Area Chapter of Pink Heals was not yet formed when Tina’s journey began so they were not able to honor her while she was still here with us. Pink Heals main focus is on what women mean to us in our daily lives. The dedication of the “Tina” car is a living monument to honor Tina and Love and Support all women who are battling cancer.